1798 United Irishmen – Part 2
Join Lorcan Collins for part two of the story of the United Irishmen Rebellion of 1798. An analysis of the momentous year when the United Irishmen rose up against the oppressive system which kept Catholics and Presbyterians as third class citizens. The fighting was intense in Wicklow, Wexford, Carlow, Kildare, Antrim, Down and Dublin. Collins explains how Wolfe Tone brought the French again to Ireland only to be captured himself and sentenced to death.

1798 United Irishmen – Part 1
Join Lorcan Collins as he discusses the background to the Rebellion of the United Irishmen of 1798. A host of Irish revolutionaries and international figures are introduced in this, part one of two shows, where you will hear about Theobald Wolfe Tone, Lord Edward Fitzgerald, Samuel Nielson, William Drennan, Thomas Russell, James Napper Tandy, William Orr, Cornwallis, Napoleon Bonaparte, Gereral Hoche, Betsy Gray, Henry Joy McCracken, George Washington, King George the Third, and many more besides! Hear how the French Revolution of 1789 and the Declaration of American Independence encouraged the United Irishmen to rise up. Hear how the French sent ships and troops to aid the Irish revolutionaries.

Kilmichael Ambush
The Ambush of Kilmichael is the subject of this podcast episode. Lorcan Collins is joined by Joe Connell. Music at the end by Pol MacAdaim.

Bloody Sunday 1920
Join Lorcan Collins for a discussion on the events of Bloody Sunday the 21 of November 1920 when Michael Collins and the IRA killed 15 British spies, agents and informers. In retaliation British forces charged in Croke Park football stadium and killed 14 civilians.

Terence MacSwiney
Join Lorcan Collins as he examines the hunger strike of Terence MacSwiney who died in Brixton Prison, London, after a 74 day protest on the 25th October 1920. MacSwiney was the Sinn Féin Mayor of Cork City and the Commandant of the Cork IRA Number One Brigade when he was arrested by the British Army in Cork City Hall.

Badges, T-shirts and books on the 1916 Rising 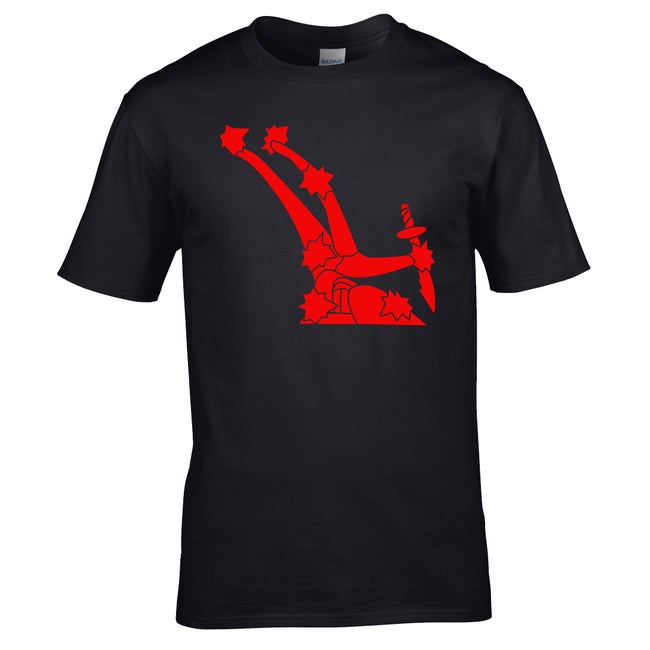 The Black and Tans
Join Lorcan Collins as he traces the history of the infamous Black and Tans and their reign of terror during the fight for Irish Freedom in 1920/21. Topics include the Sack of Balbriggan, Bloody Sunday and Clonmult.

Tommy Guns of the IRA
Join Lorcan Collins as he recounts the story of how the IRA purchased the first Thompson Sub Machine guns in America and how that iconic weapon was intertwined with the fight for Irish freedom.

The Executed Leaders of 1916
Join Lorcan Collins as he talks about the 16 men who were executed for their role in the Easter Rising of 1916. The executions of these leaders awakened a generation to the cause of Irish freedom.

Jimmy Gralton
Jimmy Gralton was deported from Leitrim, Ireland in 1933 after a campaign against him orchestrated by the Catholic Church. In this episode Lorcan Collins examines the reasons why an IRA Volunteer ended up being banished from the country of his birth. Special guest Donal Fallon.

James Connolly Part Two
Join Lorcan Collins for part two of the podcast on James Connolly, detailing his life from his return to Ireland from the United States in 1910 to his eventual execution on 12 May 1916 in Kilmainham Gaol.

James Connolly Part One
Join Lorcan Collins for a podcast on the revolutionary socialist republican James Connolly who was wounded during the Easter Rising in 1916 and executed in Kilmainham Gaol. In Part One Lorcan traces Connolly’s life, examining his early years in Scotland, how he joined the British Army, his family life in Ireland and his emigration to the United States in 1903 culminating with his return to Dublin in 1910.

Murder of Tómas MacCurtain
Join Lorcan Collins for a short podcast on the shooting of Cork’s Lord Mayor Tómas MacCurtain in March 1920. The IRA take their revenge on District Inspector Swanzy, the RIC man who was one of the killers. This in turn has repercussions for the people of Lisburn and Belfast in August 1920.

The Listowel Mutiny
Join Lorcan Collins for a short podcast as he discusses the RIC (Irish Police) mutiny in Co. Kerry in June 1920 led by Constable Jeremiah Mee followed by the shooting of Lieutenant Colonel Smith by the IRA in July 1920.

Connaught Rangers Mutiny
In this episode Lorcan Collins speaks with Dr Conor McNamara about the mutiny of Irish (and some English) soldiers in the British Army who were stationed in India. The mutiny began at the end of June 1920 when the Black and Tans were rampaging around Ireland. When word got to India about what what happening in Ireland the soldiers of the Connaught Rangers downed arms and refused to serve the King with deadly consequences.

Women of the Revolution
In this episode Lorcan Collins discussed the role of women in the Irish revolutionary period from 1916 to 1923. Lorcan interviews author and historian Liz Gillis.

Kevin Barry
Join Lorcan Collins as he discusses the events surrounding the execution of young Kevin Barry an IRA Volunteer who was hanged in Mountjoy Jail, Dublin, Ireland on 1 November 1920

The 1916 Proclamation
Lorcan Collins discusses the history of the 1916 Proclamation, who wrote it and how it was printed. Special guest Cuan Ó Seireadáin explains the Irish language aspect of Ireland’s most iconic and historical document.

The Rise of Sinn Féin
Sinn Féin scored a massive victory in the December 1918 General Election in Ireland. In this episode Lorcan Collins is joined by Donal Fallon to discuss the factors that led to the rise in popularity of radical republican ideology in Ireland in the aftermath of the Easter Rising.

The Easter Rising
Events of 1916 Rising Ireland. In the previous episode we looked at the build up to the Easter Rising and this week Lorcan Collins examines the events during that momentous week in Ireland in 1916.