As part of the 2021 St Patrick’s Day Festival, Lorcan Collins talks about the history of the Irish Revolutionary period which led to the War of Independence and in turn to the partition of Ireland and the Irish Civil War.

Lorcan Collins founded the 1916 Rebellion Walking Tour of Dublin in 1996. Since then he has taken tens of thousands of visitors around the sites of Dublin associated with the Easter Rising of 1916. 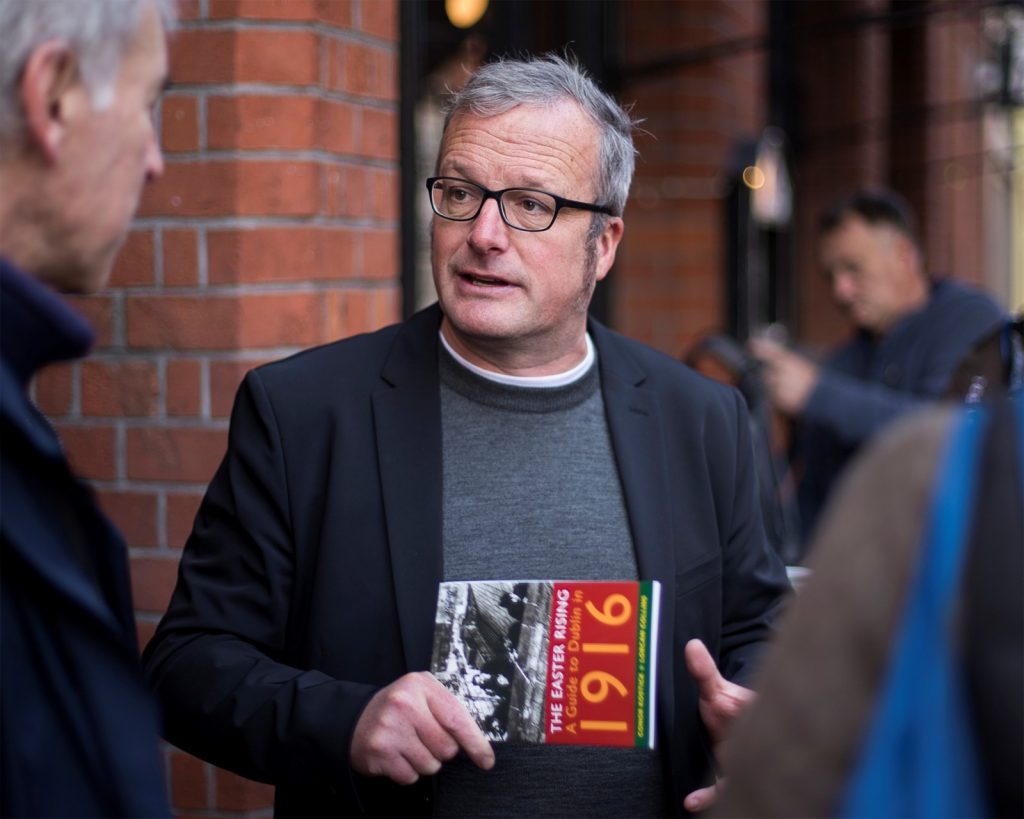 In this film, Lorcan talks about the history of the Irish Revolutionary Period which led to the War of Independence and in turn to the partition of Ireland and the Irish Civil War. Lorcan introduces and explains in an easy going and accessible way the various events and characters that helped to shape the Irish Nation.
You’ll hear about James Connolly and Jim Larkin who fought for better pay and conditions for the workers of Ireland, and the Pearse Brothers and the fourteen men who were executed in Kilmainham Jail.

Lorcan will explain the important role of women in the revolution such as Countess Markievicz who swapped jewels and silk dresses for guns and barricades. Lorcan brings the viewer to a selection of sites in Dublin which are important in the revolutionary period including City Hall, Liberty Hall and the famous General Post Office where Patrick Pearse read the wonderful Proclamation on Easter Monday the 24th of April 1916.

Lorcan will also show you some of the offices that Michael Collins used in Dublin during the War of Independence. The story of Ireland’s fight for freedom is complex but in this short film you’ll be given a primer in Revolutionary Irish history and hopefully someday soon you too will be walking around Dublin with Lorcan Collins.